How Valuable are You? (Not a child? Not Very.) 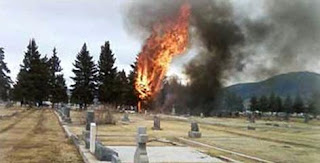 You may have heard that on Sunday, a small plane crashed in Montana and 17 people perished. If you heard this news story, you probably also heard that several children were on the plane because that appears to be the aspect of this story that every news organization and paper is focusing on. Children. were. on. the. plane.

As if the adults who perished aren't as significant.
As if the fact that children were killed makes the accident far more tragic.
As if the loved ones of the adults who died won't suffer and mourn their loss just as much as the families of the children.
As if the adults who died aren't somebody's wife, husband, mother, father, sister, brother, or friend.
Perhaps I am looking for a fight, but since this is a blog focused (in large part) on the rampant pronatalism that permeates every aspect of our existence, I think it's important to highlight clear examples when they arise. We are so immune to this kind of thing because it is so pervasive, but we need to stop for a moment and think. What makes a child's life more valuable than an adult's? Why is it more horrible that a child's life was cut short, than a grown-up's? In a purely technical sense, it could be argued that the adult is the bigger loss, since the adult is an actual contributor to society, whereas the child is a parasite on it. An adult has also had much more time to establish meaningful, long-standing relationships and has (hopefully) had much more time to make a positive, lasting impact on the lives of others. His loss will create a ripple effect that will extend far beyond the parameters of his immediate family.
The fact is, if my husband had died on that Montana plane crash, I probably would have been too devastated to even think about the fact that all anyone cared about was the loss of the children. I would be too focused on the value of the person I had lost - a person who by nature of his age may be undervalued by our child-obsessed society, but means the entire world to me.
Posted by Childfreeeee at 4:22 PM

It's not that deep. You're reading too much into it because you're presuming to know why they do it, I.E. they consider children more valuable than adults. It's really just nature.

It's always particularly horrendous when bad things happen to good people. Children are good by nature because of their innocence. They're also extremely vulnerable due to their stature and ignorance. Personally, I love people but I get a lot more upset when I see an injured animal because they are innocent and vulnerable. If I see a person murdered in a movie, it's sad. If I see a dog murdered, my heart is ripped out of my chest.

If there were no children, they'd look elsewhere for a story. A firefighter? A military vet? A priest? Even a celebrity would work because people think they know them.

I won't add much because I reacted in the same way to that bit of news, so your post already says it all.

It may be true for many childed people that their kids are more valuable to them than their spouse, but hey adults are the kids of someone too, the fact that they are now grown ups won't ease the pain of the loss for their elderly parents!

And eyemandy I beg to differ, I do not think children are good by nature or innocent. I was bullied as a kid so I know there is no general truth in there.

I agree - not all kids are innocent and good. Some are and some are little bastards that I would love to cut down to size at times but of course can't because I'd be the one to get into trouble. Never mind the fact that the little shit I smacked the crap out of was harrassing and beating up on a little girl because s/he *gasp* looks different for wearing big glasses and riding an old outdated bike - or some other b.s.

Also, the first thing that sprung to my mind was the fact that all those adults are someone's children too. I may not be a child by most people's definition but I will always be my mom's baby - her little girl (like it or not).

That irritates me too - when they announce on the news that some tragedy happened and X number of people died and Y number WERE CHILDREN! So? It's still awful no matter how old the people are - unless it's a group of serial killers or something. Then it would be OK. ;)

I hate the way the news media tries to make children sound more important than the rest of us. It's so ridiculous. I'm surprised they even bothered to report the Buffalo crash a couple of months ago because there were no children on board.

The thing that really bugged me about this story was that when I read follow up articles, it said that three families were going on a ski trip. SKI TRIP. Three couples and their little children, aged 9, 7, 5, 4, 4, 3, 1. Who the HELL takes little kids, mostly too young to ski, SKIING?! I can only imaging these were yup-moos and they took their kids along as "accessories" more than anything. Why doesn't the news media report something about that? That these "poor, innocent babies" would be alive if not for their mothers treating them as fashion accessories? Now THERE is a story.

This comment was e-mailed to me directly and I obtained the writer's permission to cut and paste it here.

"Thank you, thank you for posting this. I have thought this for years and people have told me I was too sensitive about it, but that goes to show that people are so accustomed to it that they don't even question it. It's nice to be vindicated. Our childcentric society is so enamored of the idea of "potential" that the loss of a child IS seen as more important than that of an adult, which as you said ignores the adult's productivity and connection to a world larger than their own family.

I have a unique perspective on this; I worked for a couple years as a death investigator in a rural county, investigating everything from car crashes to industrial accidents to homicides. When people find this out, the first thing they always ask me is, "Oh, weren't the kids the worst? Didn't that just tear you apart?" In a word, NO. Now maybe that's because I'm just a bitter childfree bitch, but I'd like to think instead that I'm not blinded by pronatalist sentimentality. There were times at work that I felt bad for the kid who died, but it was because of the circumstances and not the fact that it was a kid--e.g., the lone child out of five siblings beaten by mom's new boyfriend until he killed her. No one, of any age, deserves to be beaten to death. Maybe that job made me fatalistic, but when it's your time...it's your time.

For me the toughest cases were old couples, where one died after spending a lifetime together and the other was left to carry on. I had one particular case where the wife told me their story: high school sweethearts, they married before he left for World War II and she so was scared while he was overseas but then he came back and they had a family, built the house I was standing in now, and those were their kids and grandkids and friends from the neighborhood in the living room. She supposed she would sell the property now, it was too big to take care of by herself and with him gone it felt empty already. After all those years together, how can that not be like losing a part of yourself? And I'm sorry, but I don't think a child dying compares to that, because the people in that house lost a husband, a dad, a grandfather, a friend, a mentor (a taxpayer?)...not just some nebulous and unproven "potential."

I also agree with the idea that the media milk these types of stories for all they're worth. I live in Miami, a city that elevates schlock news and inaccurate reporting to new heights. Since people here are terrible drivers, they frequently drive into canals and drown. And the lead-in is invariably something like "Three toddlers die in canal crash, next at six!" My first thought is What, one of the kids was driving? But of course not, that gets straightened out after the commercial: "A mother and her three children were killed today...." Not "a woman." A mother. Because the "and her three children" part wasn't enough to let you know she was their parent, and if you're female the only thing that matters is that you had kids and you lose any other identity you might have had, because, y'know, nothing else as fulfilling, most important job in the world, wouldn't trade for anything, blah, blah *yawn*.

Anyway...thanks for reading my disjointed ramblings. I only recently discovered your blog but I love your style of writing--to the point without juvenile arguments or namecalling. You're a good reflection on the childfree. I'd follow your example and zip into stork spots like Daisy Duke, but here in Florida you get a $250 (yes, two hundred and fifty dollar) citation if they catch you parking in one without a permit. The best I can do is get in and out of the store while they're still unloading all the stuff they need to make it through a trip to buy groceries."

I too applaud you for raising this potentially delicate and offensive topic (as usual!). I think there's a case to be made on either side of this argument of which deaths are "more" tragic. Some will say it's sadder to think of the life that that child didn't get to lead. Others will say that it's sadder to think of the countless lives touched by an older person who dies, or the depth of relationships developed with time. However it's probably safer to avoid a hierarchy of tragedy.

I'm not really interested, personally, in deciding whose lives are more valuable than others. That is not for me to say. My issue is that children are ALWAYS considered more valuable by our society. My bigger gripe is that parents are always considered more valuable than child-free adults. Bad news (e.g., being laid off) is always considered much worse if it happens to a parent. The comment "at least he/she doesn't have kids!" is used to often to minimize the real pain and loss that child-free people experience. I'm not asking to be more important . . . just equally so.

Yesterday a group of children along the road attempted to hit a small dog with a baseball bat . As they failed they started to throwing stones at him untill the dog run in front of our car. We braked and the car behind us almost bumped into our.

At what age do children step out the God-given innocent condition?

I hope marin attempted to run over those little shits!

I would probably at least made a move like I was going to - but I'm kind of a bitch that way too! ;)

God I hate some kids!

It's high time we stopped the myth about children being sweet and innocent. They can be less corrupt than most adults because they are younger and less experienced, but as a teacher who used to deal with them every day, I can tell that many of them are really cruel, ruthless and manipulative little monsters.