I Wish I Had Known 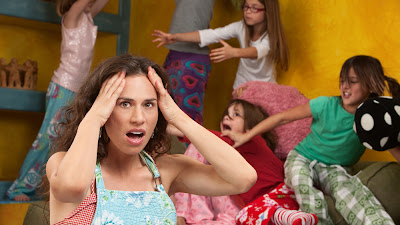 Thank you to my friend Matt for forwarding me this article on Lifehacker, 10 Things I Wish I had Known Before Becoming a Parent.  This is yet another mom-penned article outlining in detail all the things that are tough about parenthood, and ending with the requisite bitch and backpedal about how it's all worth it in the end.

The author of the article covers familiar ground:
It always amazes when when parents say they wish they had known these things before they had kids.  I have never had a child and yet I am well aware of the downsides of parenting because:

The backpedal at the end of "it's all worth it" is just a way for the complaining mom to redeem herself because we all know it is taboo for a mom to be honest about the suckage that is motherhood. For a woman, to say that it sucks to have kids is the same thing as saying "I am an awful mom", but that can be erased by qualifying all of her complaints with, "it's all worth it" at the end.  Saying "it's all worth it" also has the added benefit of bestowing saintlike martyr qualities on the complaining mom, because god knows the saint/martyr label is one that moms love to wear with pride.  LOOK AT ALL I HAVE SACRIFICED FOR MY CHILDREN!

(Of course, if she wants to avoid having to keep up the appearance of being a good mom and claiming "it's all worth it",  she can post her bitter complaints about motherhood anonymously on the internet, as many parents are doing these days).

If ending their venting sessions with "it's all worth it" makes it a little easier for moms to endure their lifelong prison sentence and to be honest about the downsides of childrearing, than I guess we can give them a pass - for now.  At least their increasing openness about the realities of parenthood is creating a counter-balance to the overwhelming and unrealistic pronatalist mythology that has a death grip on our culture.  My hope is that as more moms and dads write articles about the harsh realities of parenthood, fewer people will feel compelled to put their pens to paper to scribble out regretful "Things I Wish I had Known Before Becoming a Parent" lists, long after it's too late to turn back.  Instead, they will put to good use the shared experiences of parents and non-parents (and hopefully their own observations) to thoughtfully and intelligently weigh out the costs and benefits before making a monumental and life-altering leap.
Posted by Childfreeeee at 1:39 AM 27 comments:

Labels: bitch and backpedal, downside of being a parent, downside of having kids, downside of motherhood, downside of parenting, regretful moms, They're so worth it
Newer Posts Older Posts Home
Subscribe to: Posts (Atom)