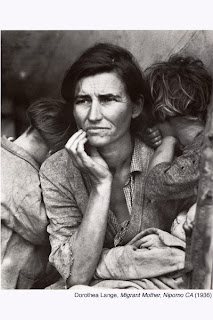 I was listening to the Today Show this morning as I was getting ready for work and I overheard the hosts talking about a new study on American families that found that the unhappiest member of the family is the mom.

This is news?
The mothers of the world (well, most of them anyway) would like everyone to believe that motherhood is the most fulfilling, rewarding and blissfully happy role a woman can have. Don't believe it. Mothers everywhere shout this from the highest rooftops at every opportunity, and yet, when I look around at the moms I know, most of them don't look all that happy to me. They look tired, stressed out, aggravated, broke, worn out and used up. In one breath, they complain about having no time for themselves and in the next breath they are muttering the "motherhood is wonderful" mantra while staring through me with that glassy Stepford Wives' stare.

Here's a funny story that just shows the lengths some women will go to delude themselves and everyone else that motherhood is so fabulous. About 3 years ago my brother and his girlfriend, K, were having dinner at our house. K has a grown 19 year old son from a previous relationship. During our dinner, K went into a 20 minute tirade - spouting off non-stop about her horrible son - how disrespectful he is, how he has chosen to live with his father instead of her, how she can't stand him anymore, how he backtalks her and badmouths her, and on and on and on. I thought her tirade would never end. I never heard a mother complain so bitterly about her child (except maybe on the Dr. Phil show).
After 20 minutes of non-stop railing, she finally paused to take a breath. She turned to me and quizzically asked, "so ... you don't want to have any children?" I choked back laughter. "Nope", I replied. And then in the most indignant tone, as if I must be completely out of my mind, she exclaimed, "WHY NOT!!!!?????"
Excuse me?
"Why NOT? You just spent 20 minutes complaining bitterly about how much you can't stand your son and how miserable he has made your life, and you are asking me why not?"
"Oh...well yeah.....", she stammered, "but he's grown. It's different with babies...they're so cute when they are little".

Okay, so there's a good reason to have a child...because babies are cute.
I honestly think people crave parenthood because they want a cute, cuddly little pet and they selectively block out the fact that their cute, cuddly baby will only be in that state temporarily. Unlike many people who are blinded with baby fever, I am fully aware that babies quickly turn into kids, who quickly turn into teens, who quickly turn into grownups. The cute, cuddly baby phase only lasts a year or two. They are not like cats or dogs who stay cute and babylike forever.
Now, granted, while some kids are monsters like K's son, many kids are not, so I am not meaning to imply that babies are cute and nice, but grown kids aren't. I am sharing this story because I think it's interesting that the women who shout the loudest that motherhood is the epitomy of joy, happiness and fulfilment, are the same women who also are the most miserable in the role of motherhood. So what gives?
I suspect these women are trying to convince themselves that motherhood is great because after succumbing to the pressures of our pronatalist culture and buying into the motherhood mystique lock, stock and barrell, they now have their doubts - and those doubts are difficult to face because parenthood is one of the only choices in life that one cannot take back. One thing I know for sure though, is that it is a rare woman who will admit that motherhood isn't all it's cracked up to be. I have actually heard the truth uttered from a couple parents' mouths (one, surprisingly, a woman), but most will just tow the party line about the fabulousness of it and hope you don't notice the black circles under their eyes.

Posted by Childfreeeee at 7:03 AM