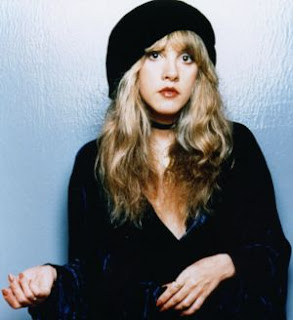 As one of the lead singers and songwriters of Fleetwood Mac, as well as a solo artist in her own right, Stevie Nicks decided early on that she would forego having children. Music was her true love and she knew that having children would interfere with the life she most wanted to lead. Stevie has been very open about her choice to be childfree. Here are some quotes from Stevie about her decision not to have kids.

"I made a conscious decision that I was not going to have children. I didn't want others raising them, and looking after them myself would get in the way of being a musician and writer."

"I don't really need children. I have a niece who's six, who certainly fills my life up as far as a child goes. I'm gonna just work on my work. I don't think the world is going to have that much of a problem with me not being married or having a family. I don't think that's why I came here. I have something that's really important to do, and I don't think I've done that yet. "

"Do you want to be an artist and a writer, or a wife and a lover? With kids, your focus changes. I don't want to go to PTA meetings."

”...I now really understand what an incredible commitment it is to have a child, and how difficult it is. I know I could not have done both. I'd have ended up having to stop doing my music, or pretty much letting someone else raise my child ~ which would have made me very unhappy."

"As the years went by I pretty much realised that that was a good decision because... with a child in my life, I can't just be, 'Well, I know you're in second grade and you love your school but guess what? We're going to New York.' "I instinctively knew that that would not be being a good mother. I did not want to be a half-assed rock star and a half-assed mother."

Want to see what other celebrities are childfree by choice? Check out my list and be sure to let me know if you learn of others so I can be sure to add them!
Posted by Childfreeeee at 11:41 AM

Yes, but Stevie Nicks has also made comments where she has longed for children. In her early 40's she said something to the effect that she would like to adopt a daughter, even revealed that she'd call her "Lillian Rebecca" and stated she may even have one of her own after that.

She has also reported, rather forlornly, that she has also "give up" a few children along the way-- not elaboration what she meant by that.

Bill - my guess is she probably had abortions (that's what she means by "had to give up")...just a guess.

The impression I got from reading everything I could find about Stevie is that she struggled with the decision not to have kids, and there was a part of her that would have liked to have them, but like most childfree people she realized that having kids entails giving up too much of your life. And she wasn't willing to give it up. Her music career was simply more important to her.

I think a lot of people - including rock stars - have the same thoughts as Stevie but go ahead and have kids anyway. That's what makes her childfree. She could have chosen to be a rock star AND a mom, or just a mom but instead she chose to be a rock star only.

I know that it might be possible for anyone living childfree to regret the decision after so long, but isn't it so much worse to regret not being childfree?

Maybe she had inordinate pressure from her bandmates to not have children, which could have destroyed the cash cow that is Fleetwood Mac.

Anything's possible but I did notice that in more than one interview she described her decision to not have kids as not wanting to be a "half-assed mother and a half-assed rock star". I think she realizes, as most CF people do, that having kids = giving a lot up and each person has to decide if it's worth. Apparently for her it was not.

I applaud her for being responsible. She may love kids, and even wanted them. But she knew that having kids and then handing them over to someone else to raise, so she could go on her concert tours, is unfair to the kids. Yes, she's made millions of dollars and can afford an army of nannies. But all of the money in the world can't replace the attention and love from parents.

It's clear to me that she's thought long and hard about her choice. I wish everybody would take the time to think this major life-changing decision over as much as Stevie did. But it seems that some people spend more time trying to decide what movie to see, or where to eat dinner, than they do in deciding whether or not to be parents. Sad.