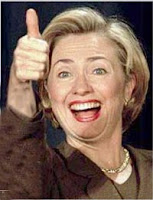 There's a bit of unspoken prejudice against childfree and childless folks that I thought I bring to light today. Because its unspoken, it's very subtle and probably goes unnoticed by most people, especially for people who have kids because let's face it, they all believe that having kids is the greatest achievement in life. But to a childfree person, this prejudice is very obvious and quite frankly, offensive.

There is a bias toward people who have children in that they are ascribed positive attributes simply by their nature of being a parent. There are obvious examples of this that we see every day - parents are automatically assumed to be selfless, warm, caring, feeling and in many cases saintlike, simply for the fact that they reproduced. (The underlying assumption - sometimes unstated, and sometimes stated - being that childless/childfree people are selfish, cold and uncaring.)

This has always been annoying to me because I know that I am just as selfless, warm, caring and feeling as any parent out there and my choosing not to have children has nothing to do with those qualities.

So yes, it's annoying and good material to vent about in a blog, but today I must really draw the line because when a person is assumed to be better PRESIDENT OF THE UNITED STATES material based on parental abilities, it's time to speak up.

For the benefit of those who cannot view the video above, it's a spot that aired on the Today show yesterday which focuses on the US Presidential primaries and specifically, the Latino vote. The gist of the piece is that the Latino vote is split and in many cases families are split between Clinton and Obama. In the clip above, Tom Brokaw is interviewing two Mexican sisters, one of whom is supporting Barack Obama and the other who is throwing her support behind Hillary Clinton. One of the sisters explains that many Latinos are supporting Hillary because as mothers "they see the job she has done with Chelsea and they understand that she's going to do a good job as President."

So let me get this straight. Good mom = good President of the United States? In that case, I would like to throw my mom into the ring! Heck, let's throw all the moms into the ring because Lord knows they could do a better job of running this country than the present moron in office!

For the record, I like Hillary a lot and respect her tremendously. I will be thrilled if she or Obama get into office. However, my respect for Hillary, Barack or any other candidate has never been based, nor will it ever be based on their parenting skills. I don't care how well they changed diapers or what a good child they raised. There are plenty of mommies and daddies out there who do a good job raising their kids and nobody will convince me that because they reproduced and did a decent job of childrearing they should be PRESIDENT! Cut me a break!!!
Posted by Childfreeeee at 3:17 AM

Wow....just WOW. I can't view the clip right now, but your post is right on. I've seen the same behavior on a micro-level ("so-and-so would be great for this job because she can multi-task....after all, she raised 4 kids!"...never mind the fact that she has been out of the workforce for 15 years and lacks the necessary skills to do the job!). But for people cast their vote on the President of the United States simply because they bred?!? That shows a lot of logic (NOT!). Besides, how can these women even pretend to relate to Hillary? The woman had nannies raising her children. She has as much childraising experience (maybe less) than Obama. So why not look at their platforms as opposed to their reproductive status?

For the record, I do not want Hillary or Obama in office (see...there are SOME things we disagree on...LOL!), but it has nothing to do with her mom or non-mom status. And I certainly wouldn't make my decision on the candidate I like based on the fact that he had kids or didn't have kids. It makes no sense!