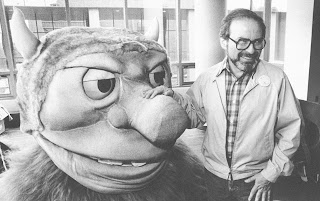 Legendary childrens' book author and illustrator, Maurice Sendak, author of Where the Wild Things Are, died recently at the age of 83. While Sendak was known for his beloved childrens' books, most did not realize that he was decidely childfree. In a 2011 interview with radio host Terry Gross, Sendak was asked if he would have liked to have had children.

No.  There's too much hard work involved and I am devoted to being an artist and a person who reads books for the rest of my life - however long I have.

Gross, then commented that this type of activity requires a lot of "self-absorption" (the old childfree = selfish stereotype), to which Sendak replied:

I think it has to do with the time that's spent trying to understand what it means to be an artist - to get under the skin of what is happening as best you can - and to have a real child would be hard work I would not want to do - changing clothes, taking her to school, putting up with her anger, putting up with her indifference and praying all the time that she will grow up to be a good woman and take care of her poor old dad.

It's a fantasy...Yes, I would fantasize a daughter full-grown.  She would have to be in her late 30s or early 40s and be all over me and taking care of her poor old dad.

For fun, check out Sendak's interview with Stephen Colbert. In this amusing interview, Colbert asks him why he writes for children:


I don't write for children. I write - and somebody says, 'that's for children'. I didn't set out to make children happy, or make life better for them or easier for them... I like them as few and far between as I do adults - maybe a bit more because I really don't like adults at all, practically. 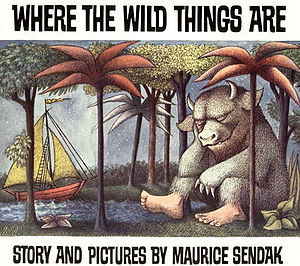 Want to see what other celebrities are childfree by choice? Check out my list and be sure to let me know if you learn of others so I can be sure to add them!
Posted by Childfreeeee at 6:31 AM

I think it's fascinating what he says about the idea of dealing with his child's "anger and indifference." That's not something that gets talked about much when people imagine their possible children. You don't hear enough people talking like that.

He was also gay. He didn't come out until like 2008 or something.

I like that he was comfortable with saying he had a Fantasy Child....
I always feel that, when I tell someone I don't want to have my own children, they assume it means I don't like kids. Which isn't quite true. I like kids, I just don't want any of my own.

Thanks for posting this; really inspiring.
C

I was irritated when the interviewer kept pressing whether he regretted having children . . . I can't imagine her asking someone with kids whether they regret THEIR choice.

Thank you for sharing this, it is very interesting !

I always say that my "fantasy child" is Natalie Wood in Miracle on 34th Street. We watch it every year and I always tell hubby - "If I could be guaranteed to get that little girl as my kid, I'd have one!" (joking of course, but I adore her in that film)

Temujin - I think the "anger and indifference" statement is interesting as well. When people imagine having kids, they picture warm, fuzzy moments, a bond of love and affection, happy times doing fun things. People do not give thought to the fact that a large amount of their time - especially when the kid is between 12 and 18 - will spent fighting, punishing, being disrespected, being an embarrassment to the kid (and being embarrassed BY the kid), etc. etc. This stuff comprises a LOT of the parenthood experience, yet most people do not think about it. They just think about cute little puppy dog-like babies.

Actually, It's not that surprising to me that Sendak commented about the not-so-rosy aspects of childrearing.

We childfree have one thing in common: a realistic view of parenthood.

I have a subscription to the NY Times Book Review, and when I got it in the mail the other day, I was sickened to see that the focus seemed to be directed by the upcoming Mothers Day holiday.

But, I found this new review of "Making Babies" to be quite good and with a more realistic view of motherhood than most: