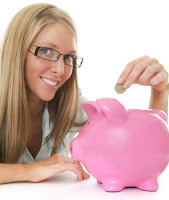 In 1992 I was 26 years old and already certain I did not want to have children. At this point, hubby and I were still dating and only a year or two into our relationship and I counted my lucky stars at my good fortune in finding a man who was on the same page concerning children. We were excitedly planning our future together, saving for a house and in the early stages of talking about getting married.

At that time, I was employed as a legal secretary while I worked my way through college. A memory came back to me the other day of a certain attorney who worked in the office with me. He was about 40 years old and I recall he was a bit of a jerk and a chauvinist. One day, I was having a conversation with my boss about how I was not going to have children and the chauvinist overheard me. He said in a very knowing tone, "oh, yes you will. All women want to have kids. You'll change your mind", to which I replied that I most certainly would not. He kept insisting that I would and said he'd bet money on it. I said, "really?" and together we drew up an Affidavit which my boss notarized. He bet me $300 that by the age of 35 I would have a child.
That was 17 years ago and here I am at age 43 and still happily childfree.
I have debated about contacting that attorney and seeing if he'll pay up. I no longer have the Affidavit (I have no idea what I did with it). Do you think I should? It might be worth it just to make a point.

Posted by Childfreeeee at 12:44 PM

That guy SO needs to know that you didn't have kids, even if you don't get the money from him. Although he sounds like the kind of guy who'd say you tried to have them but it didn't work out.

You should because otherwise he's probably assuming that you've had kids. Sounds like you made an impression on him, so he probably wonders at times what happened to you. Do it!

I would do it!

I was in a very similar situation as you were. I was 19 when my DH and I started dating and working in a hospital where we had lots of social workers, therapists, psychologists, etc. Anyhow, they all told me I would change my mind about having kids. I was insulted by how sure they were. I might have been only 19 years old, but I knew my own mind. It seemed these "mind readers" thought they knew better than I did! I often thought I'd like to run into them and let them know how wrong they were!

You should just for the oneupmanship you would get from it.

You should promptly collect your $300. I don't like that pat-you-on-the-head thing that people do, "Oh you'll change your mind..." I think we generally have a biological desire to breed, but I find nothing odd about those who prefer not to.

I vote 'yes'! The money's not important, but the point is. It irks me that no one would think twice if a man insists that he has no desire to have children, yet society practically belittles women for not having that "maternal instinct".

cept if he is that much of a jerk he may not remember your or at least say he didn't remember it. I say let it go since you dont have the affidavit.

You ABSOLUTELY should let him know that you still remember, that you do not have kids, that you dont plan to, and that you never "tried but it didnt work". Its a point to prove. Even if you don't still have the affadavit he will surely remember it because thats a ridiculous thing to be so sure about as to make an affadavit bet on.

If you still had it I would say go for it. hehe.

I hate people that expect everyone to act all cookie cutter. He's not worth the time.

Don't waste your time thinking of him anymore.

Even with the Affidavit he could weasel out of it by insisting that you could not prove a negative. Maybe you're hiding them, they died young, murdered them, gave them away, aborted them, etc. In effect you'd have to prove that every person that ever existed is not one of your children.

All he has to do is find one child, prove that it was yours and he wins.

How expensive are DNA tests?

Either way it'll cost more to settle than its worth.

Do it! Even if he wouldn't pay up the $300, it would be worth it to see the look on his face. Guys like that need a regular dose of humility and this would be an excellent opportunity to provide some.

I agree w/nyxmoxie...don't give this jerk any more thought. He's not worth it.

I was also 26 in 1992, and had been married three years by then. Something about that age makes people start pushing the baby idea. They say, "Oh, by age 30 you'll have baby fever." Um, no, unless baby fever means that you'd rather be shot in the foot than have a kid.

Oh yes, by all means!
Do contact him and get your money. It'll be a good joke and it'll make him feel so stupid - not to mention pretty upset :-)) for having to pay you the $300. Haha!

For sure! Like others have said, it's not necessarily about the $300 as the principal. And if he does pay up, treat yourself to a nice dinner out and toast your happily CF status.

I say let him know and if he is honorable enough to pay up the $300, donate it to a program that provides free birth control (or better yet, sterilization) to those who can't afford it!! ;)

It would hilarious if you could get a hold of him! Even if you don't get the $300, it would be worth it to see his reaction.