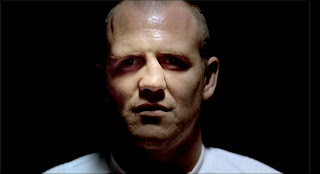 For the childfree people who are reading this...I have a question for you. Have you ever gotten the blank stare when you tell people you do not wish to have kids (assuming you tell people that)? The blank stare can be decribed as a look of complete incomprehension and speechlessness, as though the person is being spoken to in a different language.

I was talking with my hubby the other night about the blank stare asking him to help me come up with a way to more accurately describe it. Calling it a blank stare just doesn't seem to do it justice.
Hubby nailed it. He said that the blank stare is similar to the look you might get if you said, "My wife and I don't eat food, we only drink water". I went a step further for humor's sake. I told hubby, "it's the look you would get if you said, 'yeah, my husband and I both have penises'". We both had a good chuckle over that one.
It's a look that conveys complete and utter incomprehension and complete and total cognitive disonnance. The concept simply cannot be absorbed and understood. The person hears what you are saying, and there's this burning smell as their mental wheels are spinning and their brains and doing flips to try to understand just what it is you are saying. They are looking right at you, but their face is completely emotionless and blank because they just aren't getting it.
I am simply fascinated by the fact that people can't wrap their minds around the fact that some people do not wish to have children. Why is it such an unfathomable concept? After all, anyone who has children knows that there's much more to it than puppies and rainbows. There's a hell of a lot of grunt work, misery and sacrifice involved - and in my estimation (and I am sure the estimation of most childfree people), the work and misery outweighs the puppies and rainbows. Knowing that, why is it THAT IMPOSSIBLE to imagine that some people would simply not be interested in all that grunt work, sacrifice and misery; that some people might simply find their life fulfiment in other pursuits, or judge the benefits to not be worth the sacrifices?
I don't find it shocking that people are judgemental of childfreedom, perceiving it to be an inferior lifestyle - after all, we all (hopefully) choose the lifestyle that we think is the best (I certainly think my childfree life is the best!), but to not even be able to comprehend another's lifestyle just intrigues me.
I ask myself if there are any alternative lifestyles that might render me equally speechless and in an utter state of incomprehension, and really, I don't think there are that many - at least not that many that we encounter in every day life. Maybe if somebody told me they like to skin humans and eat their body parts, or if somebody told me they liked to have sex with corpses, or enjoyed a steady diet of excrement-dipped insects. Those are pretty extreme and I can imagine possibly given those people the blank stare (before I ran away in horror). But harmless stuff like how many kids one chooses to have (or not have), sexual orientation or other life choices that really don't harm anyone wouldn't faze me at all or be incomprensible.
I don't think there is any lifestyle option that is absolutely, 100% set in stone required to make a person happy. Whatever floats your boat. The thing about having children, though, is that most people don't even perceive it as a lifestyle choice; they perceive it as a basic requirement like breathing or eating. It's something you don't think about, you don't decide, you don't elect. You simply do it because it has to be done.
But the thing is, it DOESN'T and I think the contemplation of that fact is what throws people for a serious loop.
Posted by Childfreeeee at 6:41 AM

it just makes me realize that I can think in a unique way if I don't think like everyone else and I question everything and not take into things blindly...

so when people gimme the "what?" look and the blank stare, it makes me happy that I'm not a clone like everyone else, that I know how to choose a path that makes me happy...