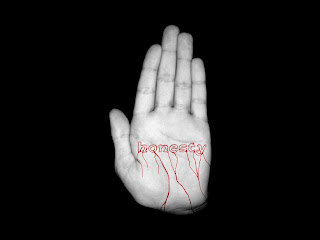 It's so refreshing to speak with a parent who is honest about the downside of childrearing.

Yesterday I was making casual conversation with our new receptionist at work. She works full time during the day at another company and evenings at our office doing the receptionist job. I had recently mentioned to her that a full-time position was opening up that she may want to consider in lieu of her other full-time job (which she had complained about). After some discussion, she declined pursuing the position further because the salary was lower than her other job, and since she is a single mother, she just can't afford to take the pay cut.

She said she just got her son's tuition bill (for Catholic school) and started complaining about the non-stop expenses involved with having a kid. I told her that's one of the many reasons hubby and me decided not to have kids to which she replied, "oh, I HATE kids". At first I laughed, thinking she was being funny, but she said, "no, I mean it. I hate them." "So is this something you knew before you had your son, or after?" I asked. "No, after. Before I had him, I liked kids. But once I had one and saw everything involved in it, I changed my mind." She added that while she loves her son "Nobody ever tells you all the negative stuff involved in having kids, like how strapped you will be and how you give your whole life up. They just talk about all the good stuff." "Yeah", I said, "I've always suspected it was some kind of conspiracy." "It definitely is", she said.

So this makes a total of 4 people (parents) I know who have said that having kids sucks. Three of these 4 people have told me if they could go back in time, knowing what they know now and start over again, they wouldn't have kids.

I should add that all of these people LOVE their own kids and aren't speaking of any ill feelings towards their children, or wishing they didn't have their specific kids. They are speaking more in general terms about having kids. None of them would give up their own children now after having them, but given the chance to go back in time, before ever having their specific kids, they wouldn't do it again.
Posted by Childfreeeee at 7:11 AM